Is the “New Morality” better than even Jesus’ morality? 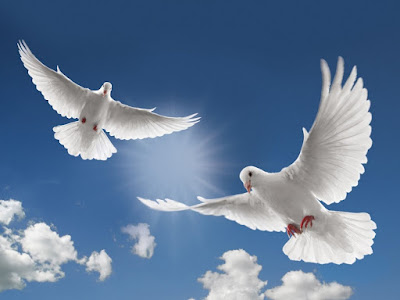 You are faced with a choice of two different moralities to follow - “The Old Morality”, or “The New Morality”. The Old Morality is the morality that was taught prior to this century - the Bible (God/Jesus), the Qur’an, the Buddhist texts, the Hindu texts, etc. The New Morality is the updated/modernized morality that is being taught in this century – Scientific Humanism is one example.
Below are some examples of Old vs. New. This could be one of the most important decisions in your family’s life. Choose carefully.
1. The Old Morality teaches that if your family simply thinks differently than Jesus, even if they are extremely ethical, that they will get burned/tortured alive for 99.999999999%+ of their total existence (counting the “after life”.)
The New Morality is the opposite of this, as it teaches “Love people so much that you can’t accept them burning in hell just for thinking differently.”
2. The Old Morality of Jesus teaches that your family is bad (“sinners”, and “evil” or “wicked” – for something that happened thousands of years ago, that you have no say in.)
The New Morality teaches that your family is good (“you are a winner and not a sinner”, etc.) To believe in yourself enough to not let negativity or fear hold you back.
3. The Old Morality teaches that gays are so evil that they should be killed, and that God/Jesus won’t let them into “heaven”, and instead they go to “hell”. Jesus himself only defined marriage as between a man and woman.
The New Morality teaches to “love LGBTQ equally”. That if it were up to you that you would let gays into “heaven”, and avoid “hell”. That marriage can also be between a man and a man, and also between a woman and a woman. The New Morality strives to be hate-free.
4. The Old Morality teaches that your mother is inferior to men. Christianity and Islam teach that the women you love are only worth half a man. Jesus’ New Testament doesn’t think that your mother is smart enough to speak during church services. The Qur’an teaches to beat women.
The New Morality teaches that your mother should be appreciated enough to be treated as equal to men. Basing things on merit, and not on what’s between the legs. Simply love women too much to discriminate against them.
5. The Old Morality says that it’s ok to teach unscientific things to your children. Examples include a talking donkey, a talking snake, dragons, 32,000 foot-tall beings are real (a Buddhist sect), a man living inside a fish for 3 days, etc. These books are likely well-intended, but to be correct would need to be updated.
The New Morality teaches that your children deserve to be taught, as real, things that have a court-room level of evidence for them - and are scientifically-correct. Science has proven that the specific “god” in the BIBLE is not real.
Is this New Morality more loving and compassionate than the Old Morality of someone even as great as, say, Jesus? Please let us know. If you believe this New Morality is more loving and compassionate, then wouldn’t teaching the New Morality to your children, instead of the Old Morality (Bible, etc.), give you and your family a better shot at a good “after-life” (if any) – assuming that the after-life judge (a “god”) was also loving and compassionate as well?
Scientific Humanism doesn’t bring forward any of the above-mentioned old teachings, but does bring forward all of the above-mentioned new/modern/updated teachings. Also, the good parts of the Old Morality, such as “love your neighbor”, etc., we do bring forward. By doing this we are helping show that we love followers of other belief systems just as much as we love followers of our own belief system.
Will the world be a more loving place if, over the next few decades, “The New Morality” (aka “The 21st Century Morality”) slowly replaces “The Old Morality”? We value your input, so please tell us what you think about this by giving us your comments, below – or post a video response, etc.
Center For Scientific Humanism.