Can you love other races more
than Jesus and Buddha do? 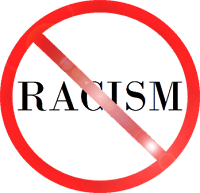 Let’s help bring the world together by teaching to “love all races, equally”. Scientific Humanism can be the most anti-racist “religion”/belief system the world has ever seen.

Can you love Christians/Muslims so much that you show them a different way?

Jesus – called ”Isa”, in Islam - is the future messiah in both Christianity and Islam. The Christian Bible claims that Jesus allegedly said that he had only come to help one particular ethnicity/race (Mt 15:24), the Israelites, aka god’s “chosen people”. This is not traditional racism, i.e. “skin-color” racism, but rather "ethnic racism”. Can you love humanity so much that you believe that all races/ethnicities are “chosen”? If you believe that an “all-knowing” god created us, then doesn’t it make sense that he would be smart enough to love all his “children” equally, like you do?

God/Jesus and Allah, to this day, apparently fully approve of slavery. We love Christians/Muslims, and wonder if they can love their families so much that you believe that they deserve texts that contain no approval of racism in them?

Ask yourself “if I had a god’s alleged super-powers, would I have said ‘work to end slavery within the next 25 years’”? Few if any “gods” have ever taught that, so if you answer “yes” then you’ve moved to a higher ethical level than even most of the “gods” have. If you are more ethical than most gods, then wouldn’t you probably have a great chance of getting into “heaven”, and avoiding “hell” (if they exist)? We believe that you are more amazing than you yourself realize!

Let’s have the most inclusive belief system in the world. God/Jesus was apparently against helping certain ethnicities/races, allegedly teaching "Don't [teach] the Gentiles or the Samaritans” (Matthew 10:5). Instead of exclusion, as a Scientific Humanist, you can be extremely inclusive. For example, you’d probably let ethical non-believers into “heaven”, and avoid “hell”, if it were up to you (unlike God/Jesus)! You can set a new standard for love and inclusion.

Don’t discriminate against black people - because you and “god” (if s/he exists) are black. That’s because science proves that our species started in Africa. If you believe that we were “created in god’s image”, then that would mean that “god” is black, too.

The Buddha apparently taught the following

1. His skin color is superior to all others - in "The 32 Signs of a Great Man" (if it was you, you might have mentioned “women”, as well?) We love Buddhists, but let’s teach our children that all skin colors are equal – it’s what’s inside their heart that matters.

2. His eye color (blue) is superior. This would unfortunately imply that blacks, East Asians, etc. would be inferior. You are not inferior due to your skin color or eye color. Hitler taught that blue eyes are superior, but you can move beyond supremacism…..to “equalism”. Our hearts are all the same color! Not carrying around racial hatred in your heart will make you a happier person, as well.

3. His hair color is superior. Also, straight hair is inferior. This implies that certain ethnicities that don’t have his hair color, or curliness, are inferior. But we teach that they are just as valuable as any other race. Let’s love all people – no matter what their color. By raising up all races, we raise our whole species – making us better than we were before!

On this important moral issue, can you out-love even people who are as loving as God/Jesus and Buddha? Can you potentially be more ethical than even many of ”The 50 Greatest People of All Time” - since many of them were unfortunately racists - including Marx, Gandhi, Lincoln, Jefferson, Winston "Keep England White" Churchill, etc.? So if you become a Scientific Humanist and work hard at being against racism, then wouldn’t you likely have a great shot at “heaven”, and avoiding “hell” (if they exist)?

For 244 years the Catholic Church chose to have never made even one black cardinal in America (through 2019). So you can be more ethical in this regard than the Popes are if you try to be more inclusive when you hire people?

Don’t just say “I’m not racist” – but rather say “I work against racism”. None of the major religions actually teach this.

When people around you say something racist, the days of you being silent are over! Instead, tell them that you’ve grown to love people so much that it’s hard for you to be racist. Racism is like Disco – it’s over, and it’s not coming back.

You can be a great parent by proactively telling your children that, for example, you’ll love their future spouse no matter what race (or religion) that person might be. Be the single greatest role model in your children’s lives that’s against racism.

Animals usually don’t discriminate against people (or animals) based on their color – and you’re smarter than animals are, so you won’t want to discriminate based on color.

In our lifetime, let’s work to end the acceptance of racism.