Let's treat your mom with
the respect she deserves 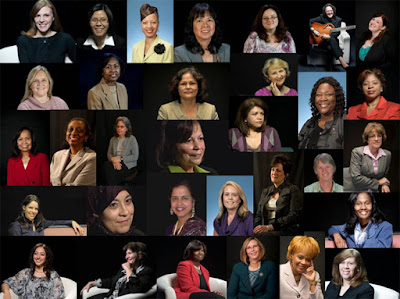 If it wasn't for your mother you wouldn't even be here, so let's always have the texts of Scientific Humanism be as loving as possible towards her - and all women!

We bring forward the best parts of the top 10 overall belief systems (religions - Christianity, Islam, Buddhism, etc.), such as "love your neighbor", but don't bring forward parts that discriminate against women. We believe in basing things on merit, and not basing things on whether one was born with a penis or a vagina.

By becoming a Scientific Humanist, you'll be loving Christians by bringing forward the great parts of the Bible, etc., but you won't bring these less-loving parts forward:

The Bible (God/Jesus) and Qur'an teach that your mother is only worth a mere half a man, should be beaten (Qur'an 4:34 Shakir), and is inferior to those who simply have a penis. Love her more than this by becoming a Scientific Humanist.

Women must be reborn as men before they can enter “Nirvana” - Buddhism (Aparimitayur Sutra.)

Women are only worth a mere HALF of a man:
“…..And if it be from five years old even unto twenty years old, then thy estimation shall be of the male twenty shekels, and for the female ten shekels…..” - Leviticus 27:3-7

“Allah chargeth you concerning (the provision for) your children: to the male the equivalent of the portion of two females, and if there be women more than two, then theirs is two-thirds of the inheritance, and if there be one (only) then the half. -- Quran 4:11

And call two witness from among your men, two witnesses. And if two men be not at hand, then a man and two women. -- Quran 2:282

Beat women:
“….[from those women] you fear desertion, admonish them, and leave them alone in their sleeping places and beat them….” - Qur’an 4:34

""Men are the maintainers of women because Allah has made some of them to excel others....the good women are therefore obedient....." -  Qur’an 4:34


Women can't teach men, and that's women's fault - but they can atone by getting pregnant:
"Women should learn quietly and submissively. I do not let women teach men or have authority over them. Let them listen quietly. For God made Adam first, and afterward he made Eve. And it was not Adam who was deceived by Satan. The woman was deceived, and sin was the result. But women will be saved through childbearing...." - 1 Timothy 2:11-15


MIsc.:
Buddha abandoned his wife and his small child.
Can you be more loving than Buddha?


Buddhism is unfair to women because in the religion women have 104 more restrictive rules than men do. Instead let’s treat women as equals.

In the Buddhist texts, if a woman is basically not represented as a mother then she is portrayed as either a lustful temptresses, or as evil incarnate.


At Scientific Humanism, let’s have the most women-friendly belief system that the world has ever seen. Your mother deserves that!