Can you be smarter than even “God”? 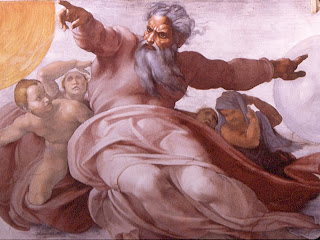 With Scientific Humanism we can possibly show you many things that are so great that they even go beyond what billions of people consider to be the smartest entity of all time – their god. You might not believe this because all your life Jesus/Bible, while well-intended, have told you that you are a “sinner”. But we can show you how you are a winner, not a “sinner”. The Golden Rule is wonderful, but in the verse right before mentioning the Golden Rule, Jesus allegedly said that you are “evil” or “wicked” – but we believe that you are good….and smart too! So we might have to improve your self-image before you believe that you can maybe be even smarter than “god”.
We love the good parts of other belief systems/religions, and have brought forward a number of the good things that their gods have allegedly said. We believe that about 70-80% of most religious texts are good, so let’s focus on those good parts – and move beyond the other 20 – 30%.
Four ways you could possibly be smarter than even “god”
1. Scientific Humanism has a great principle: “let’s have the most compassionate belief system.” So instead of killing virtually all humans in the Biblical god’s alleged world-wide flood, which also killed almost all innocent animals, too, would you be smart enough to forgive them, instead? Are you smart enough and loving enough to think up creative solutions instead of resorting to genocide of virtually all humans and virtually all animals….such as to come down and educate them? As a Scientific Humanist, because our belief system is based on evidence, reason, and common sense, you can answer “yes” to all the questions herein. We believe in you! However, if you can’t answer “yes” to all these questions, then The Center For Scientific Humanism offers you a potentially great way to improve your self-esteem.
Unlike Scientific Humanism, their god generalized that all humans were bad, so he killed every single person (except the eight people on Noah’s Ark.) However, Scientific Humanism has a principle that states: “people are innately good”, so would you have been more compassionate than he was? Because we respect all groups so much, we have the principle “don’t stereotype”. But generalizing an entire group like that is even worse than saying, for example, “ALL MUSLIMS ARE TERRORISTS!!” So would you also be smart enough to not generalize about an entire group?
We believe “love your brother/sister like yourself”. Would you be loving enough to at least have spared families who had babies?
2. As a Scientific Humanist, you strive to create the most loving belief system that you possibly can. If you were in god’s shoes you’d pick a “prophet” (to spread your most-important-message-of-all-time!) that lived up to the highest moral standard of Scientific Humanism. You would have picked someone who believes in our axiom of “love everybody, equally”. So you would have moved beyond picking someone even as great as Moses (Moses had 3000 innocent people killed in Exodus 32:25-28 - this is slightly more than the 2,996 innocent people that Osama Bin Laden had killed on 9/11/2001.)
3. As a Scientific Humanist, you are so caring that you believe that you need to take care of our most vulnerable family members, first! You would have picked someone who believes in our cherished principle of “put children first”. One thing Scientific Humanism holds “sacred” is our children. We teach to “love your children so much that you could never abandon them.” You also believe in our principle of “avoid extremism”. So you would have moved beyond picking someone even as great as Jesus (Jesus wanted his followers to abandon their own children, and to hate their own children.)
4. If you were god giving his favorite “prophets” the most important messages of all time, then thinking like a Scientific Humanist, would do that with at least 30 witnesses, and not just to the prophet all my himself, alone? Doing so would of course keep fewer people out of the “hell” you created because 30 witnesses is far more credible and believable than just to one self-serving person. As a Scientific Humanist you are driven by your love of humanity (one reason that “humanity” is in the name!) Those 30 would remember  what you told them more than just one single person would, too, of course. Most people don’t believe that a particular god’s prophet is actually telling the truth, since no religion has over 29% of the world’s population as followers. When talking to Moses via the “burning bush”, or to Joseph Smith, Jr. (Mormon founder), would you have done that with 30 witnesses, so that your message was believed by far more people? People could think that one person could just be drunk, or high, or delusional, or lying about the encounter – but 30 people would be far more believable. Instead of the prophet saying “god talked to me”, the groups would say “god talked to us” – this helps people to more easily believe a prophet’s self-serving/unscientific unique claim of being the greatest human ever favored by god. If you would do this, then more people would follow your word, so fewer would need to be tortured in the “after-life”. As a loving Scientific Humanist you strive for win/win situations like this!
No one has ever told you just how great you are – that you can possibly be even smarter than “god”. You’re smarter than you realize! By doing this, Scientific Humanism provides hope for humanity. Scientific Humanism is the dawn of a new way of looking at yourself. Other belief systems were the best belief system of, say, the first century – but SH is the best belief system of the 21st century!
We believe in you and your family so much that we know that you can come up with even more ways that you could possibly be even better than their gods. Email us and tell us, at info@ScientificHumanism.org. We believe in you. Let’s make the world better, one person at a time!